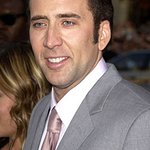 The International Labour Organization (ILO) – the UN agency specializing in the world of work – has launched ArtWorks, an artist engagement program to raise awareness of fundamental rights at work, including freedom from slavery and from child labor.

There are more than 215 million child workers in the world today. “As the father of two sons, this is a situation that I find unacceptable, and it makes me want to do something about it,” said Cage in a statement on the ArtWorks website. He calls on people to take action, from urging governments to ratify the international convention to eliminate the worst forms of child labor to writing to clothing and sports equipment manufacturers, asking them to ensure there is no child labor in their supply chains.

ILO Director-General Guy Ryder recalled that artists have supported the work of the ILO in the past and he now feels the need to revive the collaboration. “Work is a transformative force in our society, and so is Art – it inspires and moves people to act,” said Ryder. “When we look around the world and see hundreds of millions of people living in poverty, or in conditions of slavery, when we see millions of children forced to work – and millions of adults and youngsters without a job, when we see people’s rights under threat, we feel that we need to work with artists even closer than before, to draw attention to the plight of all these women, men and children. We can do a great deal of good if we work together,” he added.

ArtWorks has also attracted the support of rising stars. Songwriter Vienne and Step Up actress Kathryn McCormick have teamed up in the music video ‘She Breaks’, which Vienne wrote after hearing a young lady in her late teens tell her story about being trafficked across international borders for the sex trade.

“Work is part of our identity, it’s central to our human condition,” said ILO Director of Communications Marcia Poole, adding that “the world of work is in profound crisis, from scourges such as modern-day slavery to child labor and the global job crisis. But we can change things if people take action and this is why the support of artists is extremely important. We are thrilled to have Nicolas Cage supporting the fight to end child labor and we’re in conversation with other artists, so ArtWorks will be growing in the coming months.”

The ILO is the oldest UN agency and was created before the UN itself. It was founded in 1919, as part of the Treaty of Versailles that ended World War I, to reflect the belief that universal and lasting peace can be accomplished only if it is based on social justice. The ILO was awarded the Nobel Peace Prize in 1969.