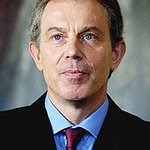 Former British Prime Minister Tony Blair is no stranger to charity work. He launched the Tony Blair Sports Foundation to encourage children to be more active, and the Tony Blair Faith Foundation to promote understanding between different races and religions. He has stood up for climate change in the face of an unrelenting American Congress, and has been working on issues in Africa since his resignation from politics in 2007.

In this month’s issue of Philanthropy UK’s newsletter, Blair explains exactly how his work with voluntary organizations has given him a better insight into helping others and making the world a better place:

“Few things are more important to a just society, and the flourishing of its members, than a strong and feisty charitable sector,” writes Blair. "As prime minister I saw the sector’s huge power for good and we, the government, tried our best to support volunteering and the third sector and, at the least, not to get too much in its way. Without the efforts of charities, faith groups, social entrepreneurs and voluntary bodies great and small, British life would be poorer, less cohesive and less free. For as well as helping those who need help, the very existence of a strong voluntary sector is a crucial check on a potentially overweening state.

“Since I left office I’ve enjoyed the freedom to develop, hands-on, some of my own ideas in this field and put them into practice. First, I have set up a Sports Foundation in the north-east, to give something back to the region which supported me as an MP. It makes small grants to adults so that they can train as coaches or referees, thus expanding the opportunities for children to play sport. I’ve learnt from this the amazing power even £30 or £40 can have in enabling an adult to get stuck in and open up a world of sport to kids who might otherwise never have experienced it.

“Secondly, there’s work on climate change: Breaking the Climate Deadlock. We almost all acknowledge now climate change is one of the world’s biggest challenges. If we don’t find an answer, millions will suffer and our planet will be irrevocably altered for the worst. We need to focus on solutions that are technically and politically feasible. That’s what my group of experts is working hard to do.

“Thirdly, I have been pursuing work on governance in Africa, building on my long-standing interest in that great continent. I’m collaborating with President Kagame of Rwanda to develop better ways of working at the heart of the Rwandan government and to attract private investment. I hope to expand this to another African country soon.

“And fourthly, I’ve launched my Faith Foundation. So much philanthropic effort has a religious motive. Helping others is a central tenet for every major religion, and countless voluntary groups are rooted in their members’ faith. So I regret that public perception of religion is often negative. I want to help faiths work more closely together for the common good and to counter the bleak image of religion that many people have. And I want to help encourage a greater understanding of faith and its power for good in this globalized world, where more and more people of different faiths live side by side and need to do so with trust and mutual comprehension. Those who said that religion was becoming an irrelevance have been proved wrong. If decision-makers don’t understand the power of religion, then many of their decisions will be faulty.”

The full article can be found at www.philanthropyuk.org.