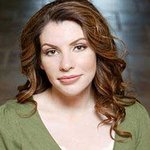 To the vampires and werewolves of Stephenie Meyer's Twilight series, the dark forests of Washington’s Olympic Peninsula offer the perfect habitat. Now, thanks to The Nature Conservancy and its partners, this “vampire refuge” will continue to offer a healthy home to future generations of people, wildlife, and other characters that haunt these lush forests.

Over the past 18 months The Nature Conservancy has acquired 3,000 acres of forest along the Clearwater River, south of Forks, Washington. This effort has protected a 12-mile fish and wildlife corridor where years of industrial forestry has left fields of stumps. The Conservancy is working here, and on another 8,000 acres further south, to bring back the giant trees where Bella, Edward and Jacob frolic.

In addition the Conservancy is working with coastal tribes, including the Quinault and Quileute, on forest restoration and marine debris cleanup. The work is focused on salmon, but also protects and creates real habitat for the endangered marbled murrelet, spotted owls, bears, Roosevelt elk and other wildlife the fictional Cullen Family depend on for survival.

“This builds on more than ten years of work along the rivers and forests of the Washington coast,” said Dave Rolph of The Nature Conservancy. “With partners like the Quinault and Quileute and other local communities, we’ve begun the 100-year process of restoring old-growth conditions.”

The “Twilight forest” of the Olympic Peninsula is not the only place where The Nature Conservancy is working to protect and restore forests. The first action of the Conservancy was to conserve a New York forest within the Mianus River Gorge in 1955; since then the Conservancy has helped protect more than 20 million acres of lands and waters in the United States.

Most of this work has been accomplished by working with partners, including the U.S. Forest Service. For example, one of the most recent cooperative national efforts is called the Collaborative Forest Landscape Restoration program, which is increasing the pace of forest restoration on Forest Service lands for community health and safety.

Forests cover a third of the United States, and offer tremendous natural value to our nation. They store and filter half the nation’s water supply; provide jobs to more than a million wood-products workers; absorb nearly 20% of U.S. carbon emissions; offer 650 million acres of recreational lands that generate more than $15 billion a year; and provide habitat for thousands of species across the country.

The Nature Conservancy and its 1 million members are working to protect the lands and waters on which all life depends. 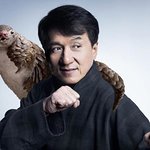 Martial arts superstar and wildlife champion Jackie Chan is calling for an end to consuming pangolin products in a new public service announcement for WildAid and The Nature Conservancy. More →