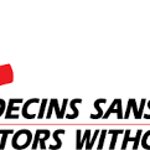 Royalty Exchange, the world’s first online marketplace for royalties, is offering a rare chance to buy a stake in music and screenwriter royalties from several popular Sesame Street shows and hit Hollywood movies.

These and more than 375 other musical works from the iconic children’s TV series are also included in this catalog, which will be sold in a live auction on RoyaltyExchange.com. The winner will own the royalties to these works and all future royalty income generated by them.

That means any time they air on TV or online, or if someone buys the DVD or CD, or streams the songs online, the buyer earns royalties. Not to mention the bragging rights involved in owning a piece of television history.

Royalty Exchange is making this catalog available on behalf of the estate of Tony Geiss, the legendary Sesame Street songwriter/screenwriter behind the catalog for sale. Both Tony and his wife Phyllis wanted to gift these royalties to a select group of charities after his passing.

Royalty Exchange was selected for its access to over 17,000 investors interested in royalty assets and its ability to produce the best possible results for rightsholders.

“We’re honored to play a small role in helping honor Tony’s wishes,” said Royalty Exchange CEO Matthew Smith. “Competition and transparency will ensure these worthwhile causes get the most out of his talent and generosity.”

The listing is live on Royalty Exchange now. Bidding will begin at $430,000. Once there is an opening bid, the auction will begin. Investors interested in receiving these royalties can view more details and register to bid at RoyaltyExchange.com.