By Elizabeth Willoughby on November 20, 2012 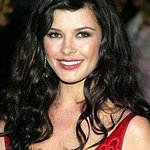 Actor Catherine Zeta Jones spoke to In Style this month about her bipolar disorder, bringing mental health back into the spotlight once again. Zeta Jones was diagnosed with the disorder a year and a half ago when she checked into a mental health clinic for treatment.

“I hope fellow sufferers will know it is completely controllable,” she told the magazine. “I hope I can help remove any stigma attached to it, and that those who don’t have it under control will seek help with all that is available to treat it.”

Earlier this month, actor and author Carrie Fisher was recognized for her ongoing efforts at bringing attention to the bipolar world when she received the Kim Peek Award for Disability in Media from the Utah Film Center. The award is named after the real life inspiration for the movie Rain Man. Through Fisher’s writings, such as Postcards from the Edge (which also became a movie), and her one-woman show Wishful Drinking, Fisher has been able to divert tabloid-style attention into a serious spotlight on depression and mania, which she struggles with.

“There’s a line from a 12-step program that says you’re only as sick as your secrets,” said Fisher at the award ceremony. “This was not something I wanted to be ashamed of, though I was initially. I didn’t like the handle or what it implied, though I was not sure what it did imply. I think a certain amount of respect is due someone who can take on this spider.”