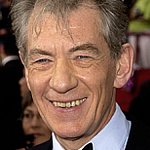 Sir Ian McKellen has narrated the first ever Crisis at Christmas TV advert.

The advert – which was made with professional actors and homeless clients from Crisis Skylight London – is accompanied by a radio advert also narrated by Sir Ian McKellen.

Sir Ian McKellen said: “Please support this year’s Crisis at Christmas Appeal. In these troublesome times of rising homelessness, you can reserve a place at the Crisis at Christmas table for someone to whom it will make a real difference. Without your generosity, people living on the streets would have nowhere to go over the festive season and would not have this life-changing opportunity to take those first, very difficult steps out of homelessness.”

Leslie Morphy, Crisis chief executive, said: “For the first time we are taking our Crisis at Christmas Appeal directly into people’s homes via their TV screens. We expect to be busier than ever this year, as homelessness continues to rise. We really appreciate Sir Ian McKellen giving his time to support our first television advertisement.”