Deborah Cox will perform the patriotic “No Labels Anthem,” written and produced by Akon, at No Labels’ Meeting to Make America Work! on January 14 at the Marriott Marquis in New York City.

No Labels is a grassroots movement of hundreds of thousands of Democrats, Republicans and independents committed to a new politics of problem solving.

The Meeting to Make America Work! will feature Gov. Jon Huntsman (R-UT) and Sen. Joe Manchin (D-WV) and an emerging group of congressional “problem solvers” talking with more than 1,300 citizens from across the country about how to build trust across the aisle. Newark Mayor Cory Booker will also be speaking at the event, along with many other notable business and political leaders.

Cox, a multi-platinum selling and multi-talented entertainer, has conquered the R&B and pop charts, raking in six top-20 Billboard R&B singles, and an impressive 11 No. 1 hits on Billboard’s Hot Dance Club Play chart. Cox is currently starring on Broadway in a reimagined version of Frank Wildhorn ’s “Jekyll & Hyde” musical.

Cox will be performing the No Labels Anthem at 12:30 p.m., eastern time.

To find out how to purchase the No Labels Anthem, and to learn more, click here. 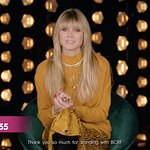