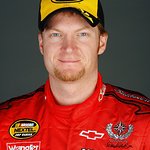 Since the first program started in 1993, ChalleNGe – which gives young people who have dropped out of school a second chance to earn a high school diploma, GED or return to high school – has helped more than 115,000 teens turn their lives around.

“Over the past 20 years, the National Guard Youth ChalleNGe Program has proven itself as a leader in combating the dropout crisis,” said Sen. Mary Landrieu, D-La., co-chair of the National Guard Youth Foundation Honorary Board of Directors. “As one of the most effective tools for at-risk youth looking to turn their lives around, this is a program worth celebrating and strengthening, especially as it reaches this tremendous milestone. I am deeply proud of the National Guard’s continued leadership and commitment to solving this national epidemic.”

“Witnessing the impact the Youth ChalleNGe Program has made over the past 20 years has been one of the most fulfilling experiences of my life,” said Lt. Gen. John Conaway, Chairman, National Guard Youth Foundation Board of Directors and former Chief, National Guard Bureau. “This event will highlight the many individuals who support the Foundation’s efforts to help former dropouts find a way back to graduation and continue their success beyond the ChalleNGe Program.”

This year, singer/songwriter and NGYF Spokesperson Kaley Caperton, will debut “Red, White and Beautiful,” a song she co-wrote with country music legends Dave Robbins and Billy Austin to honor members of the National Guard who work to improve outcomes for troubled teenagers and those teenagers who have the courage to turn their lives around.

“I am so proud to be involved with the National Guard Youth Foundation, they do incredible work giving teenagers a second chance. I want for these cadets the courage to DREAM, the faith to BELIEVE and the drive to ACHIEVE. It will be my honor to perform ’ Red White and Beautiful’ for them,” says Platinum Pen songwriter/artist, Kaley Caperton .

The event also underscores the importance of strengthening public-private partnerships to bolster the effort to re-engage out-of-school youth. The following individuals will receive ChalleNGe Champions awards for their commitment to combating the dropout crisis: