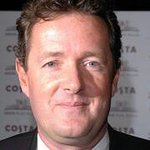 An exciting new poetry competition for school children will see the literary works of 96 youngsters published alongside the efforts of a range of stars.

The 2nd annual Pound A Poem competition will raise funds for Rays of Sunshine, a charity that makes wishes come true for terminally and seriously ill children between the ages of 3-18 in the United Kingdom. The competition – which promotes literacy, healthy eating, and celebrates good citizenship – is open to children aged 5-11, in school years 1 to 6, and costs £1 per entry. The theme is “fruit and vegetables”, and the 96 winning entries will appear in the Pound a Poem book alongside poetry from celebrities including Piers Morgan, Julie Christie, Darcy Bussell, and Dermot O’Leary.

Based on last year’s competition, organizers believe they will make over $12,000 for the UK based charity to spend on children’s wishes, equipment, and hospital funding.

The overall winner will win a week’s holiday for four to Barbados, with their school receiving £1000 to spend on equipment. More information can be found at www.poundapoem.co.uk.

Soccer Aid for UNICEF 2019, broadcast live and exclusively on ITV and STV this week, has raised a record-breaking £6,774,764 so far – over £1m more than last year’s on the night total – for Unicef’s vital work keeping children around the world happy, healthy and safe to play. More →