Soccer Aid To Include Female Players For The First Time 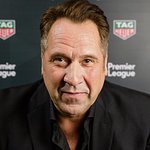 Soccer Aid for UNICEF is breaking new ground in football by including top female ex-professionals alongside their male counterparts – for the first time – in the world’s biggest and most successful charity football match.

Working in partnership with the Football Association, match organisers have agreed that two top tier female players will feature on each team for the full 90 minutes alongside a mix of male ex-football legends and celebrities.

The game at Chelsea FC’s Stamford Bridge will be monitored by Brunel University researchers who are conducting an ongoing study for the FA into mixed adult participation in recreational football.

Yankey is one of England’s most-capped players of all time with 129 caps to her name. She won every domestic title in England including the domestic quadruple with Arsenal Women, the W-League in America and featured for Great Britain in the London 2012 Olympic Games. She is currently Head Coach of the London Bees. Yankey was awarded an OBE in 2013 for services to the women’s game.

Chapman is a two-time FA International Player of the Year winner. She made her debut for England Women in 2000 aged just 17 years-old and capped her international career in 2015 when the team finished third in the FIFA Women’s World Cup in Canada. Like Yankey, Chapman has won everything in the women’s domestic game including ten FA Cups, more than any other player. She joined Chelsea Ladies in 2014 – leading them to two double-winning seasons – before retiring last season.

Two female players for the Soccer Aid World XI will be announced in the coming weeks. They will line-up alongside Didier Drogba, Robbie Keane, Robert Pires, Michael Essien, Ricardo Carvalho and a host of other international legends.

FA Head of Women’s Football Baroness Sue Campbell said: “These are exciting times for women’s football as The FA strives to double participation in the women’s game and we are seeing a huge increase in the popularity of the WSL. It will be great to showcase women’s football as part of Soccer Aid for Unicef ahead of the World Cup in the summer. We are delighted to be able to work with Soccer Aid for Unicef as we continue our research of mixed football. This has seen the rules changing in recent years to allow boys and girls to play mixed football together and this match will be part of our continuing research into mixed adult recreational football.”

Minister for Women and Equalities, Penny Mordaunt, said: “This is a hugely positive step forward for football, and for girls across the world who don’t want to be told what they can or can’t do. It’s right that the FA supports equality, and we must keep moving forward to make sure female athletes have all the same opportunities as men. Katie and Rachel are important role models for many budding female players, as well as being great advocates for Soccer Aid for Unicef. UK aid will double every pound the British public donates to the appeal, meaning their generosity will go twice as far.”

Rachel Yankey OBE said: “I am honoured that Unicef UK have asked me to participate in the match – it’s for a great cause. Soccer Aid for Unicef’s ambition is to ‘defend play for every child’ so I will be proud to play my part in doing just that. I also hope Katie and I can continue to serve as role models to girls around the world to get involved in football.”

Katie Chapman said: “This will be a really interesting match and case study in terms of mixed participation. Having only recently retired it will be great to come back to the Bridge and play in front of a full house match alongside all the household names. It will particularly enjoyable to have my three children in the stands cheering us on. Rachel and I have played together before for club and country so am hoping we will make a telling impact and see England retain the Soccer Aid for Unicef Shield.”

Good Morning Britain presenter Susanna Reid said: “Soccer Aid for Unicef is a diverse fundraising campaign off the pitch so I’m absolutely delighted that women are being represented in this year’s game. I’m looking forward to playing my part as co-manager for England, and scoring bragging rights over my Good Morning Britain co-presenter and Soccer Aid World XI co-manager, Piers Morgan.”

Unicef UK Executive Director Mike Penrose said: “Since 2006, Soccer Aid for Unicef has raised more than £30 million for children in danger around the world. From our very beginnings we’ve featured the best ex-professionals and celebrities, so including Rachel and Katie in the match this year continues the tradition. We’re incredibly proud to push existing boundaries and unite with Unicef’s wider ambition for equal opportunities in sport and beyond.”

The England team will be co-managed by Sam Allardyce and Good Morning Britain presenter Susanna Reid. They are up against the Soccer Aid World XI, which will be jointly managed by Harry Redknapp and Susanna’s co-presenter, Piers Morgan.

The match will be broadcast live on ITV and STV, and is produced by Initial. 100% of all public donations to Soccer Aid for Unicef will go towards supporting the vital work of Unicef UK protecting children around the world. £30 million has already been raised by Soccer Aid for Unicef since its inception in 2006.
Tickets for Soccer Aid for Unicef 2019 – on Sunday 16th June, at Stamford Bridge – are available now at socceraid.org.uk/tickets/ or by calling 020 7386 2019. Doors open from 4.30pm.

The match itself is not the only way to get involved in Soccer Aid for Unicef, the whole nation can ‘come out to play’. Whether taking part in the Playground Challenge, fundraising through the Great Big Kickabout, or donating via the website, Unicef UK want your help in defending play for every child.