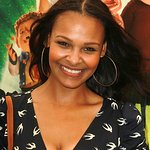 The 4th Annual Cinemagic International Film and Television Festival for young people held their much-anticipated opening reception at the Fairmont Hotel and Bungalows in Santa Monica on Wednesday 20th February.

Hosted by UK Television Personality Ross King, the evening then progressed into the Wedgewood Room for an inspirational perfomance by this year’s Cinemagic participants. As an ambassador for the award-winning charity, Pierce Brosnan recorded a special message for the event and donated his personal artwork for auction in support of the charity, helping to motivate and educate young people through the medium of film.

Wednesday’s Opening Reception marked the start of the 2013 week-long festivities including workshops, tours and presentations by a number of film organizations including Disney, Nickelodeon, Variety, Fox, Warner Brothers, HBO, UCLA, NYFA and many more.