Stars To Volunteer At LA Mission Easter Event For The Homeless 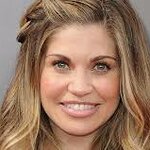 The Los Angeles Mission will once again receive celebrity help when it hosts its annual Skid Row Easter Event for the Homeless.

A special holiday meal will be served to thousands of men, women and children. Each child will receive an Easter basket, adults will receive hygiene kits. Foot washing, which has both spiritual and practical applications for the homeless, will be provided by the Los Angeles Christian Health Centers.

Over 2,000 pairs of new shoes will be distributed. etnies, the world’s leading Action Sports footwear and apparel manufacturer, is donating the shoes, and will have staff on hand to ensure a proper fit for everyone.

Easter Week foot washing is a Christian tradition and an act of humbleness and service – memorializing that Jesus washed the feet of his disciples the night before he was crucified. Many who are on the streets seldom have normal loving human contact – and this outreach of food, foot washing with podiatric care and new shoes is a way of inviting them to learn about the Mission’s services, including its long term program of restoration – in order to get off the streets permanently.