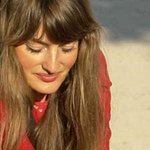 With a name like Tanja Maritsa one might guess that the London based singer songwriter, has some exotic connections. Indeed they might be even more exotic than you first imagine….

Born to an English mother and Croatian father, Tanja spent the first five formidable years of her life living in Paris, France. It’s no irony then that her first spoken words were spoken in the language of love – French! Her early years growing up in Paris were extremely vital to her development as an artist and as is evident from her new album ‘Fragile’, these images and sounds remain seared into her soul, and to this day are a vital part of her compositions.

In 2005 Tanja formed her own jazz folk covers band with guitarist Paul Sogaard, performing in jazz venues in the UK and New York. 2008 saw the release of Tanja’s debut album ‘Child in My Heart’, produced by the legendary arranger Richard Niles and featuring the remarkable piano instrumentation of Gwilym Simcock. Originally intended to be an album of covers, after hearing her own material, Niles strongly encouraged Tanja to write more and ‘thats how I caught the writing bug’ !

Overwhelmed by the response to ‘Child in My Heart’, Tanja was eager to get back into the studio and start recording her second album ‘Fragile’. Tanja has once again teamed up with Niles, as well as Gwilym Simcock, not to mention Richard Cottle, Sam Burgess and Gary O’toole. Also featuring on the album as a special guest, is the highly esteemed oud player Naseer Shaama, who Tanja first met on her travels to Egypt ‘I was thrilled when Naseer said he would join us and we recorded the album in London and Cairo – its great to have a collaboration of international artists’

Activity
Social reach
Google trends for "Tanja Maritsa"
Available to Insiders only
Get Insider Access to these insights & more...

You can contact Tanja Maritsa using details from this service. (Or read our advice on how to contact celebrities)

A chance encounter between a British jazz folk singer-songwriter and one of Iraq’s most well known musicians has led to the formation of a unique new collaboration for helping children in war torn Iraq.   More →

We don't have any videos related to Tanja Maritsa.