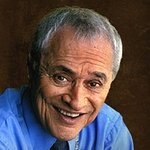 Terry Gibbs has played the vibes professionally for more than six decades, winning acclaim as “# 1 Vibraphonist in the world,” in both the DownBeat and Metronome polls from 1950 to 1955. In 1951, he formed “The Dream Band,” named “Best Band in the World” in the DownBeat 1962 Critic’s Poll. He has also played a role in breaking down the sex barrier in music, using pianists Terry Pollard, who he often featured in vibe duos, and Alice McLeod, who later married John Coltrane. Throughout his illustrious career Terry has enjoyed world acclaim, playing with greats such as Buddy DeFranco, Charlie Parker, Dizzy Gillespie, Horace Silver, Max Roach, Art Blakely, Elvin Jones and Tito Puente. Co-leading a quintet, he had an unprecedented nomination in four categories of the Playboy Jazz Poll: Best Vibraphonist, Best Quartet, Best Big Band and Best Band Leader. With 65 albums to his credit, winner of 3 major jazz polls and creator of 300+ compositions (recorded by Gibbs, Nat Cole, Les Brown, Cannonball Adderly, Count Basie, George Shearing, etc.), Gibbs has left an indelible mark in the world of vibes.

Gibbs serves on the California Jazz Foundation's advisory board.

Terry Gibbs has supported the following charities listed on this site:

Activity
Social reach
Google trends for "Terry Gibbs"
Available to Insiders only
Get Insider Access to these insights & more...

You can contact Terry Gibbs using details from this service. (Or read our advice on how to contact celebrities)

We don't have any news stories about Terry Gibbs.

We don't have any videos related to Terry Gibbs.