Sports Stars Get On Their Bikes For Prince's Trust 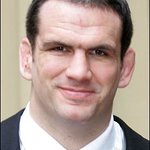 Participants set off from Warwick Castle, and cycled through the beautiful old villages of the Warwickshire countryside and alongside Kenilworth Castle.

After 45 miles the cyclists crossed the finish line onto the Pageant Field at Warwick Castle where they were met by cheering supporters.

Additionally, the BikeYard and Royal Leamington Spa Cycling Club were on hand to provide a “bike doctor” service for those that needed it.

This is the second time Palace to Palace has taken place in the West Midlands. All the money raised helps support the youth charity’s work with disadvantaged young people across the region.

Former-England Rugby captain, Martin Johnson, who took part said: "I’ve had a brilliant time at Palace to Palace – the atmosphere throughout has been fantastic.

“The Prince’s Trust is an amazing charity that has helped many young people to turn their lives around and I’m proud to have been able to support them by getting on my bike today.”

Former Aston Villa and England footballer and Prince’s Trust ambassador, Dion Dublin, said: “I have been looking forward to Palace to Palace for ages because I know – from riding last year – just how much fun it is. All the money raised today will make a world of difference to the most vulnerable young people here in the West Midlands.”

Chris Hanks from Allianz Insurance, sponsor of the event said: "We were delighted to be sponsoring the Palace to Palace Bike Ride for a second year with over 30 people in the Allianz team.

“Allianz Commercial is proud to support the event and the Prince’s Trust to help them continue their work with vulnerable young people.”

For more information, or to sign up for the next Palace to Palace event, visit www.princes-trust.org.uk/palace.