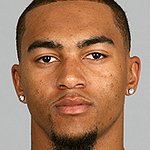 The multicultural film with universal themes presented by Wright Enterprises and LaHitz Media as an encore of the San Francisco Black Film Festival benefits the Boys & Girls Club of Lake Tahoe and the academic arm of SportsRhythms.

“There’s a lot of excitement during the Celebrity Golf Tournament; so we are pleased the documentary about DeSean Jackson will be screened to give visibility to the Boys & Girls Club to garner support for their on-going work,” said Jackie Wright, President Wright Enterprises. “It’s also a great opportunity for media and celebrities to find out about the Boys & Girls Club Lake Tahoe Golf Classic, October 17, 2013 at Edgewood Tahoe Golf Course.”

“Our film is about more than football. The key principles of the documentary can be used to strive for excellence in science and technology, arts, business, and many other disciplines,” said Jackson, a filmmaker and Fox Sports Nets editor. “We are pleased to raise awareness for the Boys & Girls Club.”