NFL Star Testifies On The Impacts Of Mining In African Communities 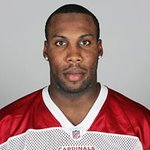 Boldin’s testimony reflected what he witnessed on an Oxfam America trip to Senegal in March with fellow NFL wide-receivers Larry Fitzgerald and Roddy White. Boldin was joined at the hearing by Ghanaian energy expert Mohammed Amin Adam, the Executive Director of the Africa Centre for Energy Policy.

“During my visits to Africa I promised the people I’ve met that I would do everything I can to bring their stories back to the US,” said Boldin in his testimony. “Today, I call on the Congress to support measures to strengthen human rights protections for communities impacted by the in the oil and mining industries in Africa.”

Boldin’s trip included a visit to the small village of Sabodala in eastern Senegal, where farmers struggle to feed their families despite the riches of gold found in their soil. When the mining company moved in, many lost access to the agricultural land that sustained their families for generation with little or compensation. Many are now forced to pan for gold just to feed their families. While the nearby mining operation uses the latest extractive technologies, the villagers use their bare hands to separate specks of gold from sand with toxic mercury. With luck, they may find a small nugget. But mostly it’s nothing more than specks of dust.

“When the land they farmed was sold out from under them to a large mining company, the community, which had been farming the same land for generations, suddenly had nothing,” said Boldin. “Meanwhile, the community that lost its land sees little benefit from the enormous mine in what was once their backyard. No percentage of the revenue from the mine, which is bigger than several football stadiums and brings in untold revenues, ever makes its way back to the community.”

Africa’s oil, gas and mineral exports amount to more than $300 billion dollars a year, but instead of building roads, schools and hospitals for Africa’s people, this money often leads to more poverty and inequality. To the millions of people living near oil and mining sites — many who struggle to survive on less than $2 a day — the resource curse doesn’t mean a share of the wealth, but instead environmental damage, loss of land, and human rights abuses. Given the enormity of the problem, Senegal and other West African countries are considering adopting a regional mining code that would strengthen protections for the human rights of people in mining-affected communities like Sabodala.

“I told the people of Sabodala that I would bring their stories back to the US,” said Boldin. “I believe the US Congress should call on Senegal’s president Macky Sall to take action to improve the conditions of mining-affected communities in eastern Senegal. He should ensure that mining companies respect human rights, that mining revenue is managed in a transparent way, and that communities receive adequate compensation and have a meaningful voice in decision-making about where mining takes place.”

“As a professional athlete, I believe strongly in fair play,” said Boldin. “I believe that the US Congress can play an important role in helping ensure fair play for Africans and that the money produced by the gold, oil and other resources that come out of Africa’s ground are used to help all Africans prosper.”

Boldin’s call to action was echoed by Adam, who testified about the transparency challenges facing Ghana, a country where oil has recently been discovered.

“Resource rich countries such as oil and mineral producing countries have often been challenged by how to transform their riches to broad-based democratic development, said Adam. “These countries often see their people live in abject poverty, plagued by conflicts, ignorance, illiteracy and disease in spite of their resource wealth.”

Like Boldin, Adam called on the US Congress to support transparency efforts in extractives industries in West Africa and beyond to fight the resource curse.

“The United States must use its strength to protect these values everywhere in the world including resource rich countries whose citizens are suffering from the effects of naked exploitation by foreign companies with the connivance of their collaborating governments,” said Adam. “The need to implement the extractive industry payment disclosure provisions in the Dodd Frank Wall Street Reform Act is long over-due. In particular, the US support for the implementation of an ECOWAS Directive on Mining that includes transparency safeguards and protection of free, prior and informed consent for communities impacted by these projects is important.”