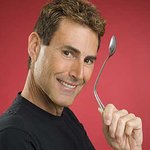 Tens of thousands of concerned members of the public have written to him, A-list celebrities have pleaded with him and the Royal Family refuses to serve a product that Fortnum & Mason CEO Ewan Venters sells. Now, world-famous mystifier Uri Geller might have come up with the answer.

On behalf of PETA, Geller – who has helped tens of thousands of people to stop smoking and indulging in other vices – has sent a letter to Venters with an offer: Geller will perform hypnotherapy – free of charge – to get at the reason why Venters insists on selling foie gras even though it’s made from the enlarged, diseased livers of force-fed geese and ducks and is illegal to produce in the UK.

“My friends at PETA tell me that despite condemnation from every major animal welfare group, and video evidence showing the sort of gross abuse which takes place… Fortnum continues to offer a product which is so cruel it is illegal to produce in the UK”, Geller writes. “There seems to be only one possible explanation: there could be some psychological block stopping you from doing the right thing. Luckily, I may have just the remedy.”

To create foie gras, pipes are shoved down birds’ throats and huge amounts of grain and fat are pumped into their stomachs several times a day. Their livers become diseased as they swell to up to 10 times their normal size. The pipes often puncture their throats and can cause them to bleed to death. Despite being presented with graphic evidence of this abuse – as seen in this video narrated by Sir Roger Moore – on farms from which its own distributor obtains foie gras, Fortnum & Mason refuses to stop selling this universally condemned product.