As a thriving female entrepreneur, Bethenny serves as an inspiration for women and hopes the donation will empower viewers and fans nationwide to support other women.

“Dress for Success is a charity that’s near and dear to me. I’m so very thankful for the amazing opportunity to raise awareness for this great cause and encourage women to help one another to achieve financial independence and have a rewarding career,” said Bethenny Frankel.

“Skinnygirl® Cocktails is committed to helping women succeed, which is why we chose to make our donation during Bethenny’s new talk show, celebrating the inspiration that Bethenny provides for women everywhere,” said Megan Frank, Director of Skinnygirl® Cocktails. “We hope that our donation will encourage women to help each other make positive changes in their lives.”

“Our partnership with Skinnygirl® Cocktails and “bethenny” has helped us reach a broader audience of women and further our message," said Joi Gordon, CEO of Dress for Success Worldwide. “Today’s generous donation will help disadvantaged women work toward self-sufficiency and have the opportunity to build thriving careers.”

Dress for Success is an international not-for-profit organization that promotes the economic independence of disadvantaged women by providing professional attire, a network of support and the career development tools to help women thrive in work and in life. Since starting operations in 1997, Dress for Success has expanded to more than 125 cities in 15 countries. To date, Dress for Success has helped more than 700,000 women work towards self-sufficiency. Visit www.dressforsuccess.org to learn more. 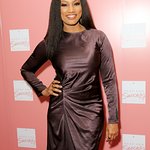 Dress for Success Kicks Off a Month of Shopping for Good Dec 7, 2018