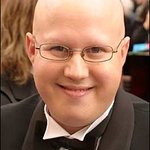 The TreeHouse Trust – a British charity that aims to transform the lives of families affected by autism – was the club’s chosen charity in 2007 and 2008, with over £519,541 (around US$1 million) being raised through a number of initiatives. A large portion of the money will go towards a new school for children with autism.

“Im so proud that Arsenal has been able to raise this amount of money for TreeHouse,” said Lucas, who is best known for his work in British comedy series Little Britain with David Walliams. “Its been a pleasure to see the partnership from beginning to end, being so closely involved and seeing first hand the wonderful work the charity does for autism education. I wish the charity good luck for the opening of its new school.”

The 34-year-old took part in Fantastic Feet earlier this year, an event which involved him creating artwork – with the help of TreeHouse pupils – with his feet. Some of the artworks will be used within the new state-of-the-art school, while others were auctioned at TreeHouse’s charity ball in May and raised over £5,000.

Author Nick Hornby, who was also part of fabulous feet, is also pleased with Arsenal’s fundraising.

“I never thought I would see my son Danny, who is a pupil at TreeHouse, up on the big screens at Emirates Stadium,” he said. “I certainly never thought I would get used to seeing him up there. TreeHouse has changed the lives of all of the children lucky enough to attend the school this year. Arsenal has been a huge part of that.”

Arsenal’s chosen charity for next season will be the Teenage Cancer Trust.