Imelda May Says No To Fur Farming In Ireland 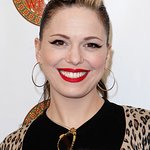 Singer Imelda May is causing some mayhem in Simon Coveney’s office. In a letter sent on PETA's behalf, she urges the UK’s Minister for Agriculture, Food and the Marine to introduce a ban on fur farming in Ireland, a move that would bring the country into line with nations around the world, including Austria, the UK and Switzerland.

“Fur farming is a shameful, cruel industry that simply has no place in modern Ireland,” May writes. “Almost a quarter-million minks are condemned to a life of suffering on Irish fur farms. … [T]his barbaric cruelty is unacceptable in a civilised, progressive country. Ireland needs to stop dragging its feet. Regulating the industry is not enough – please make Irish people proud and enact an immediate ban on fur farming.”

As May points out in her letter, minks on Irish fur farms spend their lives in cramped wire cages. Denied the opportunity to run, swim and express any other natural behaviour, many of these wild animals go insane and begin to mutilate themselves. Eventually, they are skinned – sometimes while they’re still alive and able to feel pain.

Last year, Oscar-winning actor Anjelica Huston called on Coveney to ban fur farms in Ireland. Other celebrities who have joined with PETA in speaking out against the fur industry include Jude Law, Natalie Imbruglia, Penelope Cruz and Mark Ronson, among others.