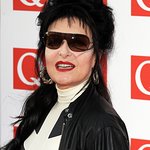 Embattled Fortnum & Mason CEO Ewan Venters is getting it from all sides these days over his refusal to remove cruelly obtained foie gras from the store’s shelves.

The latest to join the fast-growing list of notables who are letting Venters have it is iconic singer-songwriter Siouxsie Sioux, best known for punk band Siouxsie and the Banshees. On behalf of PETA, she has written a letter to Venters explaining the horrors of foie gras production, which is banned in the UK, and that it has no place in a store that prides itself on its British tradition.

“Music, fashion and taste evolve”, writes Sioux, who is known as the first lady of punk. “Other iconic British shops such as Selfridges and Harvey Nichols have listened to their customers and now realise that selling foie gras is a faux pas. So please Mr Venters, get with the times and take this vile product off your shelves.”

Undercover video footage – narrated by legendary actor Sir Roger Moore – reveals the cruelty of foie gras production, including how the force-fed geese have knives plunged into their throats during slaughter without prior stunning, in apparent violation of both UK and French law.

Foie gras is French for “fatty liver”. During foie gras production, huge amounts of grain and fat are pumped into the stomachs of geese through metal pipes, which are rammed down their throats several times a day. Their distended livers – which can swell to up to 10 times their normal size – press against their lungs, causing them to pant constantly. Veterinarians and avian experts agree – there is no humane way to produce foie gras. Animal-protection groups – including the Royal Society for the Prevention of Cruelty to Animals, Compassion in World Farming, Animal Defenders International, Animal Aid, Viva!, Four Paws, One Kind, Save Me and the International Veterinary Society – have all called for Fortnum & Mason to respect British welfare values and stop selling foie gras.