Oliver Stone To Be Honored By Tisch School Of The Arts 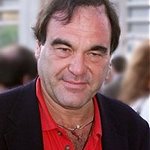 Academy Award winner Oliver Stone has written and directed over 20 full-length feature films, including Platoon, JFK, Natural Born Killers, Nixon, Born on the Fourth of July and The Doors. His latest work, The Untold History of the United States, is a 10-hour interrogation of the conventional triumphalist narrative of U.S. History. Stone completed his undergraduate studies at New York University’s School of the Arts in 1971, where he made several short films. He received an honorary doctorate from NYU in May 2013 and is also a member of the Tisch School’s Dean’s Council.

For more than 45 years, the NYU Tisch School of the Arts has drawn on the vast resources of New York City and New York University to create an extraordinary training ground for the individual artist and scholar of the arts. As one of the nation’s leading centers of undergraduate and graduate study in the performing and cinematic arts, Tisch offers programs of study that incorporate a collaboratively oriented community of award-winning faculty members; state-of-the-art facilities; internship opportunities with established professionals; and the incomparable artistic and cultural resources of New York City. Visit www.tisch.nyu.edu.