Thousands of Service personnel and their families wore their poppies with pride during the concert, which included performances by superstar girl group The Saturdays, X Factor boy band Union J, pop singer Tich, Britain’s Got Talent finalists Luminites, and The Poppy Girls, who sang the official Poppy Appeal 2013 single, ‘The Call (No Need to Say Goodbye)’.

TV personality Gethin Jones hosted the concert at RAF Northolt in north London and the audiencel included Armed Forces families from across the three Services.

Before the concert, Union J band member George Shelley said: ""It will be amazing to launch the Poppy Appeal this year. Personally, the poppy means a lot to us, it’s a symbol of pride. I have a brother serving in the Royal Marines, Josh’s dad was in the Navy for ten years, and Jaymi’s uncle was in the RAF and fought in the Falklands war. We think of them, and all the others who have bravely served, every time we put a poppy on.

“We spent some time at the Legion’s Adventure Breaks centre for Service kids this summer. There were loads of outdoor activities to help the kids connect with one another, and take time out from everything.”

Also attending was 32 year-old Lance Corporal Cassidy Little, 42 Commando Royal Marine, who was seriously injured in an IED explosion in Afghanistan in May 2011 – losing his lower right limb in the incident.

Cassidy participated in a theatre project run jointly by the Legion and The Theatre Royal Haymarket Masterclass Trust to aid the recovery of wounded, injured and sick Service personnel, playing the lead role in the ‘Two Worlds of Charlie F’, an original play created through the project and based on the real experiences of the personnel.
Cassidy said: "The theatre project funded by The Royal British Legion was a turning point in my recovery. While the medical teams put my body back together, taking part in the play ‘Two Worlds of Charlie F’ gave me back my self-esteem and confidence when it was at its lowest ebb.

“I’ve now started an acting career and I know the Legion will support me and my family, as it does with hundreds of Service personnel every year in the transition from military to civilian life.”

The Legion’s national fundraising target for 2013 is £37 million, which will allow the charity to continue its vital work delivering direct, practical care and support to members of the Armed Forces community in need.

The Royal British Legion Director of Fundraising Charles Byrne said: "We support the entire Armed Forces community past and present, but families are at the heart of the Poppy Appeal in 2013.

“We recognise the strength of mothers, fathers, partners and kids in Armed Forces families, who serve alongside their loved ones every single day, and often need practical care and advice too.

“We’re encouraging people to dig deep for the Poppy Appeal, so we can continue providing this vital support to individuals whether they’re still serving, transitioning back to civilian life or have left the Services, but importantly to their dependents too.”

Every poppy helps raise the £1.6 million needed by the Legion each week to deliver practical help and advice to Armed Forces community. 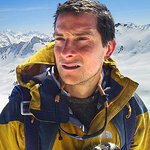