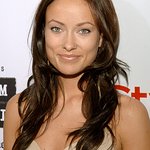 The Courage in Journalism Awards honored women journalists who have shown extraordinary strength of character and integrity while reporting the news under dangerous or difficult circumstances.

The 2013 honorees included: Najiba Ayubi, 45, a news director from Afghanistan who has spent more than a decade working under anonymous threats and attacks from government entities; Nour Kelze, 25, a Syrian photojournalist who occupies the front lines of the conflict in her country, documenting the human cost of the Syrian revolution and Bopha Phorn, 28, a Cambodian newspaper reporter whose coverage of crime, land rights abuses and human rights issues have led to attempts on her life. The IWMF Lifetime Achievement Award went to Edna Machirori, the first black female newspaper editor in Zimbabwe.