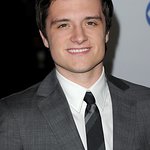 Celebrating real-life teens who are “Helping and Leading Others” (HALO), the star-studded annual awards show will broadcast live for the first time ever from the Hollywood Palladium in Los Angeles, Calif., on Sunday, Nov. 17, at 8 p.m. (ET/tape delayed for West Coast) on Nick at Nite. The TeenNick HALO Awards pairs each honoree with a mega-celebrity who shares their commitment to service. The 90-minute special features an interactive social media lounge, musical performances, celebrity presenters and special surprises. The TeenNick HALO Awards will encore Monday, Nov. 18, at 9 p.m. (ET) on TeenNick.

“I’m humbled by the truly inspiring and tremendous work these HALO honorees are doing in their communities,” said Cannon. “It’s my goal to continue the conversations about issues that impact teens today, and empower young people to take action and make a difference in the world.”

“The TeenNick HALO Awards has grown year-over-year and we’re thrilled to bring the stories of these extraordinary teens to our audience in a live and interactive way for the first time ever,” said Russell Hicks, President, Content Development and Production, Nickelodeon. “We hope kids will be inspired to continue the movement and ‘HALO’ throughout the year.”

This year, celebrities in attendance at the TeenNick HALO Awards can visit the “HALO Hive,” an interactive social media lounge, and encourage viewers to tweet and Instagram pics. Fans can tweet with #HALOawards to share how they plan on helping and leading others in their own communities.

Each TeenNick HALO Award honoree was surprised by a visit from Cannon or one of his HALO helpers, Austin Mahone and Daniella Monet, awarded a grant for their organization and given an once-in-a-lifetime opportunity to meet and connect with a celebrity who shares a similar passion for their cause.

This year’s honorees are:

Nickelodeon has partnered with Amigos de los Rios, Boys & Girls Clubs of America and Key Club International in the Los Angeles area to reward their star volunteers with the opportunity to be part of the HALO effect. The teens can earn a ticket to attend the TeenNick HALO Awards by participating in three hours of community service.

In the weeks leading up to the live show, the TeenNick HALO Awards dedicated site will highlight the honorees, celebrity hosts, presenters and musical performers, as well as enlist teens across the country to show how they “HALO” through InstaVids and Vine videos. On the night of the event, TeenNick.com will offer viewers an immersive, enhanced viewing of the live show with real-time orange carpet coverage, instant-replay show highlights, exclusive behind-the-scenes pics and videos, and a post-show wrap-up. The 2013 TeenNick HALO Awards can be viewed on the site in its entirety beginning Nov. 19.