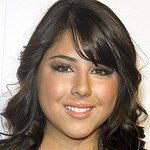 Jared Gilmore, Daniella Monet, and Ashley Argota have been busy. Besides starring in hit shows, all three teens have been working with peta2, PETA's youth division, to help foster compassion for animals.

And now each of the kind young stars has been nominated for peta2′s eighth annual Libby Awards, which stand for “liberation” — as in animal liberation.

Once Upon a Time’s Jared Gilmore wants all animals to live happily ever after, so he’s quick to encourage kids and teens to adopt their animals from a shelter instead of purchasing them from pet stores or breeders. He also urges people to help any dog who is left in a hot car. Gilmore’s outspoken advocacy for companion animals earned him a nomination for Most Animal-Friendly Celebrity.

Victorious star Daniella Monet went vegetarian at age 5 after her family visited a dude ranch, and by her early teens, she was 100 percent vegan. Now she stands up for animals on land and sea. Monet transformed into a mermaid to remind her audience that fish are friends, not food. Her elegant underwater image has a good chance of winning Best peta2 Ad.

Ashley Argota does it all: She acts, she sings, and she rescues her animals. The Nickelodeon star has released two solo albums, Dreams Come True and Ashley. She also raises her beautiful voice to encourage fans always to adopt and never buy cats and dogs, which might lock up her win for Most Animal-Friendly Pop/Hip-Hop Artist.

“We’re seeing more and more young people getting interested in helping animals and contacting peta2 to find out what they can do,” says PETA Director of Youth Outreach and Campaigns Marta Holmberg. “The animal rights movement is spreading like wildfire, and a lot of the credit is owed to the bright young stars who use their platforms to encourage kids and teens to get involved.”

Other nominees include Tia Mowry and Steve Aoki.

There are a total of 26 categories this year, and voting ends on December 13. Winners will be chosen by peta2 based on several factors, including vote count, and will be announced on December 17. Each winner will receive a personalized certificate. See the full contest details here.

For more information and to cast a vote to help peta2 decide whom it should choose as the winners, please visit peta2.com/Libbys.