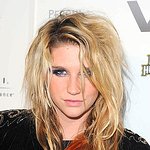 Ke$ha is an American singer who appeared on Flo Rida's number one single “Right Round”, and followed it by releasing her own number 1 single “Tik Tok” and album “Animal”.

In 2013, The HSUS honored her with the Wyler Award, which recognizes a celebrity or public figure for increasing awareness of animal issues via the media.

“Advocating for animals is second nature to me,” Kesha said in response to the honor. “My affinity with animals and the natural world inspires me and my music. I don’t understand how anyone can justify abusing or exploiting animals, and as long as it continues, I intend to keep talking about it.”

As part of the Cruelty-Free 2013 campaign, Kesha called on the EU to carry out a ban on the sale of cosmetics tested on animals.

An avid diver, Kesha supports national and global movements to ban the trade and sale of shark fins. Watch her anti-shark finning message.

Kesha has seen the hardships of street dogs firsthand and filmed a PSA bringing awareness to the issue.

Using her social media reach, Kesha has educated her fans about inhumane management of wild horses in the U.S., dogfighting, coral reef protection and the preservation of polar bears.

Ke$ha has supported the following charities listed on this site:

Google trends for "Ke$ha"
Available to Insiders only
Get Insider Access to these insights & more...

You can contact Ke$ha using details from this service. (Or read our advice on how to contact celebrities)