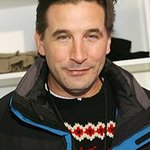 Barrett-Jackson, The World’s Greatest Collector Car Auctions, has had a big heart since holding its first auction in 1971.

Barrett-Jackson has worked to provide a platform for consignors and charitable causes to align and raise funds. In January at the company’s 43rd Annual Scottsdale Auction, Jan. 12-19, held at the all-new facility at Westworld of Scottsdale, that tradition continues with many unique offerings set to cross the block.

At the opening gala, January 13th, Billy Baldwin will host a special bid opportunity for an ultimate 2015 Super Bowl package with all proceeds benefiting his charity, the Carol M. Baldwin Cancer Research Fund. That same evening, a 1987 Oldsmobile Firenza, Warren Johnson’s NHRA Pro Stock Race car, will be auctioned with all proceeds benefiting the Darrell Gwynn Foundation. There will also be a special perfomance by Bret Michaels.

Gene Simmons will participate on Friday, January 17th, by auctioning off a 1956 Ford F-100 Custom Shelby truck with all proceeds benefitting The Children’s Hospital Foundation of Saskatchewan.

“Barrett-Jackson has a strong legacy of working with individuals and the causes and organizations that they choose to support. Through our auction platform and waived fees, 100% of the funds bid in a charitable auction flow directly to the cause, maximizing the benefit,” said Craig Jackson, Chairman and CEO of Barrett-Jackson. “Those benefits, over our history, amount to more than $60 million raised for charitable causes. It is one of the most fulfilling aspects of the work we do.”

Barrett-Jackson works with both philanthropic and charitable organizations, as well as their friends, who come forward with a vehicle or package to consign. Barrett-Jackson utilizes its marketing expertise to create awareness and to package the lot into the auction before proceeding to the block. Barrett-Jackson waives its fees and allows the cause to achieve a huge, cost-free, cash influx.

“I personally have taken a huge interest in Lot #3008 and 3008.1, which includes a restored Cessna ’59 L-19 Bird Dog liaison plane and ’59 Dodge M37 Utility vehicle. To me, the opportunity to simultaneously help The Armed Forces Foundation and own a significant piece of U.S. military history is unprecedented,” said Steve Davis, President of Barrett-Jackson. “The team here at Barrett-Jackson gets a special lift out of the impact our auctions have on charities across the country and how we have been able to help so many causes from children to veterans to life-threatening conditions. It makes each auction special.”