Boston Red Sox slugger David Ortiz is a larger-than-life character in the game of baseball. For six years, he’s passed some of that life to children in need.

The David Ortiz Golf Classic in Punta Cana, Dominican Republic, raises money for pediatric care in both New England and the Dominican Republic for children and families who can’t afford healthcare otherwise. The benefit succeeds in raising hundreds of thousands of dollars each year, but recently enjoyed a nice surplus since Ortiz hosted the event for the first time as the World Series MVP.

A Decade in Boston
Ortiz, who is arguably the best designated hitter in baseball, finished his tenth season in Boston with a World Series victory over the St. Louis Cardinals in October. It was his third with the franchise. Many sports analysts predicted Ortiz’s career was on the decline heading into 2013, but he wound up carrying the team to a championship when he went 11 for 16 with two home runs and six RBIs against the Cardinals. He cruised his way to an MVP award and re-earned the nickname “Big Papi,” which carries all the way back to his home in the Dominican Republic.

MLB Superstars Helping Out
The David Ortiz Golf Classic brings out the game’s best, from Yankees third-basemen Alex Rodriguez to now-Seattle Mariner Robinson Cano. They all have the utmost respect for Ortiz and look forward to helping with his charity each year.

“I think people don’t realize what a tremendous human being he is,” said former first-baseman and MLB Network analyst Kevin Millar in an interview with MLB.com. “Aside from the home runs and the RBIs, he’s a great friend, he’s a great human being, and he’s an ambassador of the game.”

More Than Just A Name
Ortiz’s most recent event raised more then $200,000 for the David Ortiz Children's Fund, but the Boston slugger isn’t just in the business of signing checks. He makes sure to visit and spend time with hospitalized children often.

“David is very involved in [his charity] …” said World Pediatric Project president and CEO Susan Rickman in an MLB.com interview. “He’s very hands-on and wants to know exactly what the program is producing — the results that come out of it and the impact it makes. So it’s nice to know he’s not just a celebrity lending his name but actually being a part of it and it being a part of his heart.”

Just Papi Being Papi
At the end of the day, Ortiz loves being in his home country and helping the less fortunate. Though his career is heading towards a close, expect David Ortiz to continue with his charity work long after he sets down the bat and hangs up the uniform.

Insider videos of David Ortiz and his charity event can be found on sports channels like the MLB Network and Real Sports on HBO. Look at sources like TVproviders.com to get the right channels and see what your favorite athletes are up to.

Written by Luke Knight, a blogger who runs an after-school sports program for at-risk youth 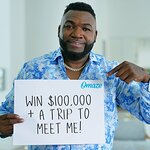