Celebrities Gear Up For Chopped Tournament Of Stars 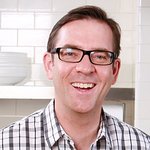 With a $50,000 grand prize for charity on the line, celebrities from different walks of life compete in the ultimate Chopped Tournament of Stars, premiering Sunday, March 9th at 9pm ET/PT on Food Network.

The five-part competition series, hosted by Ted Allen, includes four celebrities going head-to-head each week in themed episodes over three rounds: appetizer, entrée and dessert – each featuring mystery ingredients within the Chopped basket. Featuring sports stars, comedians, actors, and for the first time, veterans from Rachael vs. Guy: Celebrity Cook-Off, the celebrities are judged by a rotating roster of Chopped regulars, including Maneet Chauhan, Amanda Freitag, Alex Guarnaschelli, Marc Murphy, Chris Santos and Geoffrey Zakarian, to determine which celebrity will advance each week to face off in the finale on Sunday, April 6th at 9pm ET/PT, with a chance to win the grand prize for the charity of their choice.

“This tournament brings together the most diverse, talented group of celebrities we have ever had compete in the Chopped Kitchen, " said Bob Tuschman, General Manager and Senior Vice President Programming, Food Network. “With $50,000 on the line for their charity, these celebs fill the kitchen with action, drama and comedy as they do everything they can to be the victor.”

Additionally, if you ever looked in your fridge, hoping for inspiration to strike, never again let the question “What’s for dinner?” stump you. On April 8th be the first to learn tips and secrets for combining pantry staples into exciting meals in The Chopped Cookbook: Use What You’ve Got to Cook Something Great, from Clarkson Potter. By showing how to spin your favorite ingredients into 188 fun, doable, and delicious recipes, the culinary masterminds at Food Network set you up for mealtime victory every night.

Chopped is produced by Notional Entertainment.