In philanthropist Bill Gates' 2014 annual letter for the Bill and Melinda Gates Foundation, he debunks three myths that he sees are hindering progress towards ending world poverty.

Myth number one, he says, is that poor countries are doomed to stay poor. Gates says that over the past 50 years, there has been an enormous shift of developing countries into what he calls ‘middle income’ countries.

“Don’t let anyone tell you that Africa is worse off today than it was 50 years ago,” he says. “Income per person has in fact risen in sub-Saharan Africa over that time. Seven of the 10 fastest-growing economies of the past half-decade are in Africa. Africa has also made big strides in health and education. Since 1960, the life span for women in sub-Saharan Africa has gone up from 41 to 57 years, despite the HIV epidemic. Without HIV it would be 61 years. The percentage of children in school has gone from the low 40s to over 75 percent since 1970. If getting enough to eat, going to school, and living longer are measures of a good life, then life is definitely getting better there. These improvements are not the end of the story; they’re the foundation for more progress.”

Myth number two he challenges is that foreign aid is a waste of money and keeps countries dependent on aid. This is a particularly dangerous thought because political leaders use it as an excuse to cut aid.

“Broadly speaking,” says Gates, “aid is a fantastic investment and we should be doing more. It saves and improves lives very effectively, laying the groundwork for the kind of long-term economic progress I described in myth number one.”

Myth number three, that saving lives leads to overpopulation, is actually the opposite of what happens.

He says: “It may be counterintuitive, but the countries with the most deaths have among the fastest-growing populations in the world. This is because the women in these countries tend to have the most births, too. Scholars debate the precise reasons why, but the correlation between child death and birth rates is strong. When children survive in greater numbers, parents decide to have smaller families.”

Gates predicts that there will be almost no poor countries left in the world by 2035. “If you read the news every day,” he says, “it’s easy to get the impression that the world is getting worse.” He thinks it’s getting better.

You can read the whole letter here. 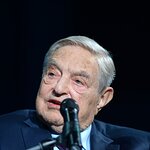 More than 200 leaders from the fields of public health, medicine, global development, and racial justice, joined faith leaders, economists, Nobel laureates, former members of Congress and artists to sign a public letter calling on President Joe Biden to champion a People’s Vaccine for COVID-19 — a public good that is freely and fairly available to all, prioritizing those most in need at home and around the world. More →
More news →