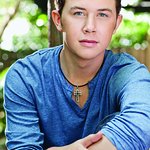 Joining the charitable efforts emanating from Newtown, CT, to employ the performing arts as a healing mechanism in the wake of the horrific shooting tragedy which occurred there, the 12.14 Foundation announced today the selection of platinum-selling country music singer-songwriter Scotty McCreery as its first “National Goodwill Ambassador.”

McCreery will play an active role in promoting the foundation’s arts programming, supporting its fundraising efforts, and building awareness for the organization’s plans to build a world-class performing arts and education center in Newtown.

McCreery, who visited with families and school children in Newtown on December 12, 2013, just two days before the first anniversary of the tragedy, is internationally recognized as the winner of Season 10 of American Idol and who has since become one of the top new artists on the country music landscape.

“I’m honored to support the 12.14 Foundation, and greatly admire both the mission and work of this remarkable organization,” said McCreery. “As a songwriter and performer, I know that music can bring hope and inspiration to those struggling to overcome great adversity. The foundation’s vision of helping children and others heal through the performing arts really hits home for me as an entertainer. I will do everything I can to help communities affected by tragedy to heal and gain strength through the work of the 12.14 Foundation.”

As a goodwill ambassador, McCreery will promote the foundation’s mission and fundraising efforts through personal appearances and social media. For details about McCreery’s involvement with the 12.14 Foundation, click here.

“Scotty is a terrific young man, and his support of the foundation’s work will be pivotal in raising national awareness for our arts programming and, ultimately, construction of a state-of-the-art performing arts center in Newtown,” said Dr. Michael Baroody, a Newtown resident who founded the organization shortly after the tragedy at Sandy Hook Elementary School which took the lives of 26 victims. “Our mission is to provide healing through the arts as a way forward — not just for those affected in Newtown but for people everywhere who have endured tragedy and trauma. Scotty provides joy, hope and inspiration through music, has a genuine compassion for others, and is an excellent role-model for perseverance and achievement at a young age.”

The 12.14 Foundation’s long-range goal is to build a landmark, multi-purpose performing arts and education center of historical significance in Newtown as a beacon of hope and positive change for use by and to benefit people everywhere. To be designed by a team of world-class professionals, the center is intended to attract top tier performers and will incorporate advanced multi-media capabilities to extend the foundation’s reach to a worldwide audience.

Near-term and in advance of construction, the foundation provides arts programming in other venues, such as its recent production of “Seussical: the Musical,” which garnered national attention and included the participation of more than 100 children from the Newtown area in collaboration with award-winning Broadway leaders such as Michael Unger, Van Dean, John Tartaglia, Jeffrey Saver and Jennifer Paulson Lee.

For more information and to make donations, click here. Mobile phone users can make a $10 tax-deductible donation to 12.14 Foundation by texting CTKIDS to 80077.