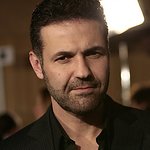 A number of UNHCR Goodwill Ambassadors and supporters have released video messages in support of refugee families and asked the public to show solidarity by sharing their stories.

At a time when conflicts are forcing record numbers of people to flee their homes UNHCR is working with its Goodwill Ambassadors and other high profile supporters to tell refugee stories of courage and survival in a bid to bring more attention to the devastating impact of war on families.

UN High Commissioner for Refugees Antonio Guterres said: “With violence uprooting more people than ever, we are facing unprecedented challenges protecting and helping them. We see the destruction of families and communities on a scale that is truly horrifying, and much more needs to be done to stop and resolve conflicts. These UNHCR supporters are helping us to tell the refugee story, a story of suffering, but also of extraordinary courage and resilience in the face of adversity.”

The celebrity videos are part of a coordinated campaign ahead of World Refugee Day, June 20th. They will be hosted on a website that will also feature hundreds of refugee stories, starting today, 2 June

Seven-time Formula 1 world champion Sir Lewis Hamilton is backing calls for all refugee children and youth to be given access to a full quality education, as a new report from UNHCR, the UN Refugee Agency, reveals the urgent need for more international support for refugee students. More →