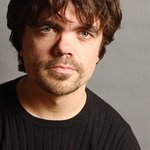 “I recently learned from my friends at The Humane Society of the United States of an important bill pending in the state legislature that would help protect elephants, a species that may very well become extinct in our lifetime.

“It is an unfortunate fact that New York is home to the largest retail market of ivory in the United States. With more than 35,000 elephants killed for their tusks in 2013 alone, New York has a responsibility to pass legislation that would ban the sale of ivory products poached by criminal gangs, wildlife traffickers and international terrorist organizations.

“S.7194 and A.8824a will prevent the sale, purchase and trade of ivory in New York and crack down on illegal wildlife trafficking. The legislative session ends in just days, and I kindly urge you to do everything possible to help the legislature pass an effective bill that will bring an end to our state’s participation in the deadly ivory trade.”