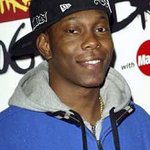 The Fusion Festival returns to Birmingham in the UK this year with a line up including Dizzee Rascal, The Wanted, Jessie J, Pixie Lott, The Vamps, Pitbull, Foxes and Lawson.

The event will be raising funds for The Prince's Trust.

The weekend of pop kicks off on Saturday August 30th with ‘Holiday’ and ‘Bonkers’ grime star Dizzee Rascal taking to the stage as well as ‘Timber’ and Brazil World Cup Rapper Pitbull. Neon Jungle are representing the girls, and ‘Do It All Over Again’ and ‘A Billion Girls’ singer Elyar Fox also joins the line up.

Sunday will see The Wanted, Jessie J and Grammy Award winning Foxes grace the stage. Pop rockers Lawson and Union J will also feature with Fuse ODG to add that urban edge, so there is something for everyone.

With a further 10 massive chart acts to be announced over the coming weeks, Fusion Festival 2014 is sure to be the biggest pop party anywhere.

Expect spectacular live performances, massive chart smash hits plus a full fairground and many other interactive events. This year Fusion Festival will also be aired on 4Music, which will have all of the interviews, highlights and gossip live from backstage.

Saban Music Group and Pitbull Team Up to Create a Message of Hope and Faith Apr 24, 2020

During this time of uncertainty due to the COVID-19 pandemic, Grammy Award Winner, Pitbull, in collaboration with Haim Saban’s label, Saban Music Group, have risen to action by creating a genuinely encouraging message of hope and faith, designed to invoke a sense of positivity and strength in people of all ages. More →