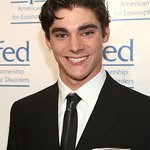 Starlight Children's Foundation, a leading global charity that partners with experts to improve the life and health of kids and families around the world, has announced that actor RJ Mitte (“Breaking Bad,” “Switched at Birth”), long-time Starlight supporters the Koz family, Co-founder of Yes To Inc. and Yoobi Ido Leffler and award-winning advertising company CBS EcoMedia will be honored at the 2014 Starlight Awards on Thursday, October 23, 2014 at the historic Vibiana in downtown Los Angeles.

“We are thrilled to celebrate RJ, Ido, CBS EcoMedia and the Koz family at the 2014 Starlight Awards,” said Jacqueline Hart-Ibrahim, Starlight Global CEO. “Individually and as a group, these honorees embody the passion, innovation, leadership and philanthropy that drive the mission of Starlight every day. Thanks to their generosity we are able to support kids and families in local communities around the world.”

RJ Mitte will accept the inaugural Starbright World Inspiration Award. The award is presented to a celebrity, athlete, recognized public figure or a film cast or television program that serves as a source of inspiration to the Starbright World online community of teens with chronic illness and their siblings. Mitte is best known for playing Walter “Flynn” White Jr. in the Emmy & Golden Globe Award-Winning AMC series “Breaking Bad,” In addition, RJ currently stars on ABC Family’s dramatic series “Switched at Birth” and is the face of the recently launched worldwide GAP campaign. Mitte was diagnosed at the age of three with a mild case of cerebral palsy, just like his character on “Breaking Bad.” Throughout the years, he has been a role model to children and teens around the world championing his disability caused by his illness and bringing awareness to children who suffer from chronic and life threatening illness.

The Koz Family, including Grammy-nominated saxophonist and radio host Dave Koz, businesswoman and philanthropist Roberta Koz Wilson (Audrey’s/Cookies for a Koz), entrepreneur, composer and producer Jeff Koz and the family’s late, inspirational matriarch Audrey Koz – will be honored with the Founder Award. Presented for the first time last year to the charity’s Co-founder filmmaker Peter Samuelson, the award recognizes the extraordinary achievements and contributions of individuals and corporations who give their time and talent to improve communities around the world and address society’s critical needs through volunteerism, philanthropy and community service. From corporate partnerships such as Koz Wines and Cookies for a Koz to personal donations, special appearances, gift in-kind contributions, promotional support and in many other ways, Dave, Jeff, Roberta and Audrey have supported Starlight’s mission for more than 20 years.

Social entrepreneur Ido Leffler will be presented with the Innovator Award, which recognizes individuals and corporations who have made significant contributions to communities with the goal of promoting positive social impact by supporting innovation and advancements for the nonprofit sector. Leffler is the Co-founder of Yes To Inc. (the makers of Yes To Carrots, Yes To Cucumbers, etc.), and the recently launched Yoobi, a new school supplies brand that uses dynamic designs and bright colors to make learning fun, while also giving back. Every time a Yoobi item is purchased, Yoobi gives an item to a classroom in need right here in the U.S., with the aim of impacting more than 30,000 classrooms by 2015. San Francisco-based Yes To Inc. is one of the leading natural beauty brands in the world with distribution in more than 25,000 stores in over 20 countries. Leffler sits on numerous corporate and advisory boards including Telecom New Zealand, The United Nations Foundation Global Entrepreneur Council and The Dell Global EIR Advisory Board. He co-authored the widely acclaimed book “Get Big Fast and Do More Good,” published in November 2013.

CBS EcoMedia will be the 2014 recipient of the General H. Norman Schwarzkopf Leadership Award. Presented posthumously to Gen. Schwarzkopf for the first time in 2013, the award honors individual and organizational leaders who are doing extraordinary work to advance the common good and strengthen their communities through innovative and inspirational leadership. CBS EcoMedia is propelled by the desire to create positive social change, which has been the company’s mission since it was founded in 2002. In 2010, after successfully partnering with CBS on a wide range of community projects, the company became the newest addition to the CBS Corporation portfolio, exponentially scaling its reach across national television, local television, radio, interactive, publishing and outdoor media. Through its patent-pending EcoAd, WellnessAd and EducationAd programs, an innovative twist on traditional advertising, advertisers are able to support much-needed local projects, which in turn create jobs, save taxpayer money and improve the quality of life in communities nationwide. In the process, CBS EcoMedia is fundamentally altering the advertising landscape, elevating the ordinary, traditional commercial – and media, in general – into a catalyst for tangible, quantifiable social change.

The Starlight Awards will be an evening of celebration including a cocktail reception, seated dinner, silent and live auctions and an entertaining awards program. It is the foundation’s signature and most important fundraising event of the year garnering an array of celebrity supporters, philanthropists and business leaders who share a common goal of raising funds to support family-centered Starlight programs and services.