Ryan Giggs To Be Honored At Football Extravaganza 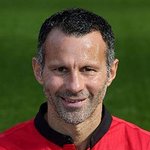 The HMV Football Extravaganza is back. This year, the event will honour Ryan Giggs, the most decorated player in English Football history, having made his first appearance for Manchester United in 1990.

He is the only player to have played in all 22 Premier League seasons since its inception in 1992. He has made an incredible 963 appearances for the Club, winning 13 Premier League titles, two UEFA Champions League titles, four FA Cups and four League Cups. Ryan has recently been appointed Assistant Manager at Manchester United.

The HMV Football Extravaganza will take place on Tuesday 14 October 2014 at The London Hilton on Park Lane and will be attended by a host of football greats for a fantastic and unique night of football and fundraising.

Now in its 19th year, the HMV Football Extravaganza has raised over £6million for Nordoff Robbins and continues to raise essential funds to provide much-needed music therapy for vulnerable and isolated people across the UK.

Ryan Giggs said: "It’s an honour and privilege to be presented with the Legend of Football Award, particularly when I look back at the list of previous winners.

“I am looking forward to the event, celebrating with friends and colleagues and raising money for Nordoff Robbins music therapy, a really incredible cause.”

Brian McLaughlin, Chairman of the Football Extravaganza event, said: "We are honoured to be presenting Ryan Giggs, the most decorated player in the history of English Football, with the Legend of Football Award.

“The Football Extravaganza, now in its 19th year, is raising funds for Nordoff Robbins. Since its inception we have raised over £6 million, enabling Nordoff Robbins to provide music therapy across the UK to people who really need it – those who are vulnerable and isolated, giving them an opportunity to communicate and to be heard.”

Paul McGowan, Chairman of HMV, said: "With his unrivalled record in the English Premier League, Ryan Giggs is a truly deserving winner to follow on from Pelé, last year’s recipient.

“We love being involved in this event. It’s a unique opportunity for music and football to come together and we get the chance to raise funds for Nordoff Robbins, one of HMV’s favourite charities.”

Previous recipients of the Legend of Football Award, which recognises outstanding achievement in the world of football and contribution to the game, include Pelé (2013), Sir Bobby Robson (2001), Sir Alex Ferguson (2005), Eric Cantona (2010) and Jose Mourinho (2011). Giggs is no stranger to the HMV Football Extravaganza, having been one of 6 players recognised in 2102 for playing more than 500 Premier League games, celebrating 20 years of the Premier League. The other 5 members of the ‘500 Club’, at that time, were Sol Campbell, Emile Heskey, David James, Frank Lampard and Gary Speed (who was awarded the honour posthumously).

Tickets for the event are available from Rae@TheFE.co.uk.