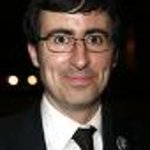 The Fulfillment Fund, a nonprofit organization dedicated to helping Los Angeles students overcome obstacles to achieve a college education, will honor Ryan Kavanaugh, Founder and CEO of Relativity, with the Tom Sherak Award at the Stars 2014 Benefit Gala on October 14th at The Beverly Hilton Hotel.

This year marks the 20th anniversary of the Stars Gala, an event which has raised millions over the years to support the Fulfillment Fund’s mission of making college a reality for Los Angeles students. The event will be emceed by comedian and HBO personality John Oliver, with a special performance by Academy Award winner Jennifer Hudson.

Relativity is a next-generation global media company engaged in multiple aspects of content production and distribution, including movies, television, sports, fashion, music and digital. Under Ryan’s leadership, the company has experienced tremendous growth and has produced, distributed or structured financing for over 200 motion pictures generating more than $17 billion worldwide in box office revenue and earning 60 Oscar nominations. Upcoming films include The November Man, starring Pierce Brosnan, and author Nicholas Sparks’ The Best of Me, starring James Marsden and Michelle Monaghan.

A devoted philanthropist, Kavanaugh serves as chairman of the board for The Art of Elysium. He is a recipient of the Cedars-Sinai Medical Center Board of Governors’ Hollywood Humanitarian Award and the Anti-Defamation League's 2011 Entertainment Industry Award. In recognition of his dedication to helping inner-city youth, he was presented with the Sheriff’s Youth Foundation Community Champion Award.

“It’s fitting that Ryan receives the very first Tom Sherak Award as an honor and a tribute to an incredible man who was a mentor to so many of us,” says Fulfillment Fund CEO Kenny Rogers. “The Fulfillment Fund is helping thousands of students in low-income communities overcome obstacles to go to college and earn their degrees. Thanks to the generosity of extraordinary supporters like Ryan, the Fulfillment Fund’s work is making a significant difference in Los Angeles, and becoming a model for change in cities around the country.”

Kavanaugh notes it was Sherak who mentored him when he was a student and continued to guide him through his career, inspiring him to dedicate significant time and energy to philanthropic causes.

“It is an honor to receive this award. Tom Sherak was one of the most important people in my life, and his wisdom and guidance impacted me in so many ways,” said Kavanaugh. “From day one, he mentored me during the hard times and celebrated through the successes. Tom’s commitment to the Fulfillment Fund was the same; he gave his all to help so many. The work that the Fulfillment Fund is doing in the Los Angeles community is truly life changing, and I am grateful to be involved with this extraordinary organization. I hope my contribution and ongoing involvement will help impact thousands of students’ lives and carry on a fraction of what Tom brought to this organization.”

In addition to the Tom Sherak Award, longtime Fulfillment Fund Board Member Charles Fox will receive the Founders’ Award for his contributions to the organization.