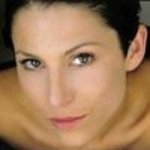 Look To The Stars’ Celebrity Ambassador Rachel Zeskind has been voluteering at L.A. GOAL for several years, and shares her enthusiasm for the work they do in her latest column:

The organization is a non-profit agency that provides Independent Living Skills training for adults with developmental disabilities. Their programs offer vocational training, counseling, family support, social interaction, sports, and visual/ performing arts that encourage independence and feelings of self-worth. Through its art and outreach activities, L.A. GOAL educates the community about the abilities of people with developmental disabilities.

L.A. GOAL’s programs have changed the lives of many adults living with developmental disabilities. I have had the honor of working on a volunteer basis with their art program, which is filled with an incredibly talented group of paid artists who have moved beyond their disabilities to find, express and bless others with their abilities.

The Director, Petite Konstantin, works very closely with the Hollywood community and acts as a consultant on many script and film projects to ensure the positive and truthful reflection of characters with developmental disabilities that are depicted in television and film.

One such film was I Am Sam, which starred Sean Penn and Michelle Pfeiffer. Two of L.A. GOAL’s members, Joe Rosenberg and Brad Silverman, co-starred in the film as Sam’s friends. Sean Penn spent time at L.A. GOAL in preparation of his role as Sam, a developmentally disabled man who is raising his daughter (played by Dakota Fanning) alone. It was the amazing behind-the-scenes studies at L.A. GOAL by writer’s from day one of writing this emotionally moving story that gave it a strong foundation in truth, which was then conveyed beautifully by the actors. The character of Sam was actually a culmination of many experiences that the members of L.A. GOAL themselves faced as they were learning and living independently within the community.

Next month will mark another tremendous step for L.A. GOAL’s Inside Out Productions’ as it holds it’s 18th Annual Art Exhibition and Sale. In years past I have attended and volunteered at these shows and have seen some of the best and most inspiring artwork Los Angeles has to offer. It is a must see! This year’s show will be held at Koplin Del Rio gallery in Culver City on Sunday, October 26, from 12-5pm.

For more information on L.A. GOAL – or to see and purchase art online – please visit their site at www.lagoal.org.