The Huntington Beach Food, Art & Music Festival featured other chart-topping artists including: Mark McGrath, Jefferson Starship and Michelle Branch. There were national award-winning BBQ rib teams straight from The BBQ Championships in Reno, Nevada, representing more than 10 states and Canada, showcasing their finest culinary selections to taste. Foodies experienced some of the best food trucks that Southern California had to offer, as well as many other delicious local treats.

One hundred juried artists selected through an extensive process showcased a wide variety of talents and mediums including jewelry, painting, woodworking and photography.

Project Green 501c3 Founders Patrycja Siewert-Towns and Kim Kreiss have perfected the ultimate entertainment lounge when it comes to raising awareness in the green community in conjunction with their charity! Project Green 501c3 is fully funded by donations from individuals, businesses, and foundations. Any and all donations are accepted and welcomed! Project Green continuously does outreach to help generate recognition as well as drive donations. Project Green is a registered 501c3 non-profit based in Atlanta, Georgia whose mission is to preserve green space for future generations by building eco-friendly summer camps for the underserved and fostercare system kids. “Help Us Help The Kids”. 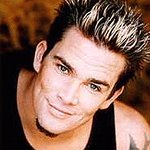