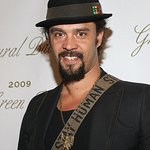 “It is an honor to be Operation Smile’s first San Francisco Universal Smile Award recipient,” said Michael Franti. “Sara {Agah, Co-Founder} and I have both witnessed how moments of joy can bring inspiration and hope to people at times of greatest need.”

The Smile Event honored Michael Franti for his tireless work with the Do It For the Love Foundation, which brings people living with life-threatening illnesses, children with severe challenges, and wounded veterans to live concerts. Franti brought the crowd to its feet with his barefoot short acoustic performance where he shared with the crowd his hit song, ‘Say Hey’ was incepted in Woody Harrelson's shower.

Guests also enjoyed hosted wine by Ca’ Momi’s special label wine, Do It For The Love while CBS 5TV’s Eye on the Bay, Liam Mayclem, who briefly sang on stage with Franti, served as Master of Ceremonies for the evening. The gala raised over $150,000 and Live Auction donors received one of the Three Little Bears, Zachary, Luke and Griffin Lori, named after Lisa Lori’s sons. Plastic surgeon Dr. Walter Peet also shared photos and memories from his 15 years of service with Operation Smile. DJ Jimmy Bell spun at the post Gala VIP after-party – an Operation Smile signature tradition.