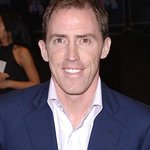 The British Academy of Film and Television Arts Los Angeles (BAFTA Los Angeles) announced today that it will host its Inaugural BAFTA LA Celebrity Golf Classic on November 3rd at Oakmont Country Club in Glendale to raise funds for its education and outreach programs. Registration is now open.

“The BAFTA LA membership is very proud of the education and outreach programs we have committed ourselves to over the years. Proceeds from this tournament will help us reach more students in the inner city and beyond in very meaningful ways,” explained Nigel Lythgoe, Chairman of the BAFTA LA Golf Tournament Committee.

Teams for the Monday tournament will be comprised of a five-person group, and play will consist of a Shotgun Start with team prizes awarded to the top finishers. Registrations are being accepted as a foursome and a celebrity golfer will be paired with each group to make up the five-person team. Registration fees for BAFTA members are $5,000 per foursome. A buffet Awards Dinner will be served after the tournament. The tournament is limited to 25 foursomes.