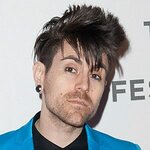 With Oakland poised to join Los Angeles in banning bullhooks — weapons resembling a fireplace poker with a sharp hook on one end that circuses and other animal exhibitors use to beat and threaten elephants — a bevy of celebrity PETA supporters are speaking out to encourage the City Council to approve the ban during tomorrow’s meeting.

Davey Havok, the lead singer of the über-popular band AFI and an Oakland native, says, “The use of a bullhook is cruel and unjust. We need only imagine being held captive and beaten for the sake of another’s entertainment to know that this tool of torture and slavery should be banned.”

Hip-hop mogul Russell Simmons, who has long been vocal against circus bullhook abuse, says, “I’ve been fortunate to have had the opportunity to observe elephants in their natural habitat in South Africa. The magnificent animals I encountered weren’t performing headstands or standing on tubs like they do at the circus, where they’re routinely beaten with bullhooks. Instead, they were tending to their young, running free, and living in peace. I urge the Oakland City Council to ban this weapon that causes elephants such immense suffering.”

Adds the NFL’s David Carter, “As a former player for the Raiders who loves the great city of Oakland, I hope the City Council will follow in the compassionate footsteps of Los Angeles — where I played college football — and take a stand for elephants by banning bullhooks.”

Television icon Bob Barker's opposition to the use of bullhooks on elephants is also clear: “Nothing — and certainly not a few minutes of entertainment — justifies abusing these extremely sensitive, intelligent, and majestic animals with painful bullhooks, which leave puncture wounds and scarring.”

PETA — whose motto reads, in part, that “animals are not ours to use for entertainment” — has been a longtime proponent of bullhook bans.