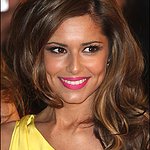 Cheryl Fernandez-Versini has teamed up with The Prince's Trust to help establish a new state-of-the-art centre in the heart of Newcastle to support thousands of disadvantaged young people from across the region.

She has committed to raise £2million to help get the centre up and running, through her own charitable foundation, Cheryl's Trust. The pop star is planning a host of exciting fundraising activities across the region over the coming months.

The Centre, which will allow the Prince’s Trust to support almost 4,000 young people in the North East each year, will help the region’s most at-risk young people, including those facing drug and alcohol abuse, homelessness, mental health problems and those leaving care, to turn their lives around.

Cheryl, who officially launched her campaign at the charity’s current centre in the west end of the city, met with some of the young people who have already worked with The Prince’s Trust to find out how the charity’s support has helped them.

Cheryl said: "I’m proud of where I grew up but I’m only too aware of the challenges that young people faced. Opportunities often seem pretty limited and I saw so many friends who had loads of potential fall into a life of alcohol, drugs and crime. Sadly, many got in too deep, and never found their way back to a happy life.

“It’s really scary to see that this is still happening in so many communities across the UK. Too many young people are wasting their lives away because they feel they have no-one to turn to.

“My life could have turned out very differently if I didn’t have the support of my family who believed in me and told me I could achieve anything. A little bit of self-belief can go a long way. I know how lucky I am.

“The young people The Prince’s Trust works with, day in day out, are those who are unemployed, have no qualifications and sometimes even suffer with mental health issues and drug and alcohol addiction. They are often already resigned to the belief they will fail in life.

“That’s why I am raising money to open the new Centre here in Newcastle. I want to give back and help young people who feel like they’ll never achieve anything reach their dreams and live a happy life.”

The new centre will enable The Prince’s Trust to provide enhanced support to vulnerable young people on a range of its programmes. The partnership will also see the opening of a new music studio and a state-of-the-art digital media hub within the centre, where young people will be able to gain confidence and skills in music and media.

Martina Milburn CBE, Chief Executive of The Prince’s Trust, said: "I am truly inspired by Cheryl’s passion and determination to help young people who are the most disengaged from society – especially those who are battling drug and alcohol addiction. We know that Cheryl is genuinely passionate about this cause, and over the years she’s met a number of the young people we support at The Prince’s Trust.

“As a charity, The Prince’s Trust relies on generous support from individuals and organisations. The Centre will change thousands of lives each year and I’d like to thank Cheryl for her generosity.”