Celebrities To Take Part In March For Gender Equality In NYC 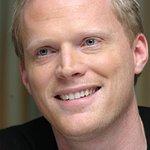 Actor Paul Bettany and actresses AnnaLynne McCord and Kelly Rutherford will join women’s rights leaders and activists for a March For Gender Equality on March 8 in NYC.

The MARCH FOR GENDER EQUALITY: STEP IT UP! PLANET 50-50 BY 2030 event is co-hosted by UN Women and the City of New York, with the UN Women for Peace Association, NGO Committee on the Status of Women, NY (NGO CSW/NY), Man Up and The Working Group on Girls NGO. Marking International Women’s Day, the event will bring together diverse partners on the eve of the 20-year anniversary commemoration of the Beijing Declaration and Platform for Action.

The year 2015 marks the 20th anniversary of the Fourth World Conference on Women in Beijing, a significant turning point in the global agenda for gender equality. The Beijing Declaration and the Platform for Action, adopted unanimously by 189 countries in 1995, is a visionary blueprint for gender equality and the empowerment of women. Twenty years on, the Beijing promise is only partially fulfilled, and its 20-year anniversary provides new opportunities to galvanize political will, reconnect and mobilize the public. To this end, the theme of this year’s International Women’s Day, celebrated globally on 8 March, is the clarion call of UN Women’s Beijing+20 campaign “Empowering Women, Empowering Humanity: Picture it!”. To celebrate achievements made in ensuring gender equal laws and practices, as well as to readdress the gaps that remain, a march for gender equality and women’s rights will take place.

Detailed Programme: The march will be held on Sunday, 8 March 2015 and will run from 2.30 to 5.00 p.m. Participants will assemble at the Dag Hammarskjöld Plaza, at the corner of 47th Street and 2nd Avenue starting at 1.30 p.m. The march will end at Times Square, at the corner of 42nd Street and 7th Avenue, where participants will collectively urge for renewed commitments to gender equality.