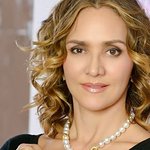 UN Women has announced the appointment of Angélica Fuentes, CEO and Managing Shareholder of Omnilife and Founder and CEO of Angelíssima, to its Private Sector Leadership Advisory Council (PSLAC).

The Council is comprised of prominent private sector leaders, whose companies have a global footprint and who have demonstrated a strong commitment to supporting women and girls.

Ms. Fuentes is recognized as one of Mexico’s five most influential women by Forbes magazine. In addition to running the global nutrition company, Omnilife, Ms. Fuentes is also Founder and CEO of Angelíssima, a cosmetics company that offers women an entrepreneurial path to financial independence. In 2014, Ms. Fuentes formed The Angélica Fuentes Foundation, the first foundation in the world solely dedicated to empowering Latin American women and girls. The foundation focuses on advancing women’s empowerment and gender equality through direct social investment, major partnerships, and public policy change.

“I’m honoured to join this prestigious group of business leaders to unite around a cause I’m extremely passionate about: the advancement of gender equality and women’s empowerment,” said Angélica Fuentes, CEO and Managing Shareholder of Omnilife and Founder and CEO of Angelíssima. “As one of few Latin American female CEOs, I know first-hand the iron ceiling that women face in the region. I’m looking forward to working with my fellow council members to develop concrete solutions to help remove the barriers that stand in the way of so many women trying to achieve financial independence.”

“I’m honoured that Ms. Fuentes has agreed to join our Private Sector Leadership Advisory Council. Her strong support and commitment to the promotion of gender equality in Latin America and beyond makes her a formidable example of the kind of business leaders we need to get to Planet 50-50 by 2030. UN Women – and women all over the world – will benefit immeasurably from her experience and leadership,” said Executive Director Phumzile Mlambo-Ngcuka.

Ms. Fuentes is a dedicated philanthropist and trailblazer on women’s issues. She currently serves alongside Queen Rania Al Abdullah as one of two Global Advocates for the United Nations’ Girl Up campaign. She also co-chairs the World Economic Forum’s Mexico Gender Parity Taskforce and serves on Secretary Clinton’s International Council on Women’s Business Leadership. Ms. Fuentes grew up in Ciudad Juárez and was the second member of her family to graduate from college, earning a degree in finance from the University of Texas at El Paso. She began her career in her family’s energy business, working at a gas station at age 11, and eventually rising to become the company’s CEO. 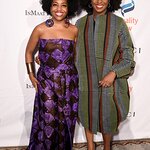