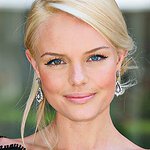 The evening will celebrate the Next Generation of entertainment industry leaders, and share the extraordinary stories of those who have benefited from the services provided by MPTF.

Kate Bosworth, Lizzy Caplan, Tony Goldwyn, Tobey Maguire, Amanda Peet, and more will read powerful stories of industry members who have benefitted from MPTF’s services over the years, written by some of Hollywood’s leading feature and television writers including Bill Dubuque, Jason Fuchs, Jason Hall, John Hoffman and Beau Willimon. For the first time ever, a special tribute will be given to Kevin Spacey in honor of his dedication to MPTF.

The evening is generously supported by UCLA Health, Cadillac, and Delta Air Lines.

For over 90 years, MPTF (Motion Picture & Television Fund) has served as a beacon of hope for entertainment industry members in their time of need. As a charitable organization, MPTF provides financial assistance and services essential to the well-being of the community and is a leader in the development and implementation of services and programs for seniors and those who care for them. MPTF is supported by the generosity of corporate donors and fellow entertainment industry members who contribute their time and money because they believe in the critical importance of Hollywood Helping Hollywood.