Ricki Lake To Be Honored At Mother's Day Luncheon 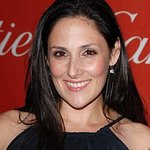 The Helping Hand of Los Angeles, an 86-year-old support group of Cedars-Sinai, presents its annual Mother’s Day Luncheon, May 11, 2015 at The Beverly Hilton Hotel.

The event honors Ricki Lake, and Joyce Powell and daughters Linda, Nancy and Debbie with the “Mother of the Year” awards.

Actress, comedienne and author Lori Alan will emcee the event, which includes a fashion show by Melrose Alley presents EMMELLE New York and a luxury boutique.

Actor, producer, and talk show host Ricki Lake is a pop culture icon on a mission to change the way society views birth. Lake’s award-winning 2007 documentary, The Business of Being Born is often hailed as the “must see” film among mothers-to-be. Lake is the proud mother of two sons, Milo and Owen.

Joyce Powell and daughters Nancy and Linda and daughter-in-law, Debbie are an integral part of the Los Angeles philanthropic landscape. The Powell family, longtime supporters of Cedars-Sinai and active on the Board of Governors, has endowed two rooms in the Ruth and Harry Roman Emergency Department and donated the piano in the Cedars-Sinai lobby that is source of comfort and enjoyment for patients and staff alike.

The Helping Hand of Los Angeles, founded in 1929, supports the Cedars-Sinai Department of Obstetrics and Gynecology. The group has raised more than $23 million, helping to establish the Gilda Radner Ovarian Cancer Detection Program and funding two endowed chairs at Cedars-Sinai, including The Helping Hand of Los Angeles Endowed Chair in Obstetrics and Gynecology helmed by Sarah Kilpatrick, MD, PhD.

Dr. Kilpatrick, a dynamic speaker as well as a recognized expert in her field, will also be featured at luncheon. She has received numerous awards for her teaching and service, has over 80 publications and chapters, and is the associate editor of the American Journal of Obstetrics and Gynecology.

Nick Jonas to Perform at Cedars-Sinai Board of Governors 50th Anniversary Celebration Jul 15, 2022

Cedars-Sinai today announced that Los Angeles Rams Super Bowl LVI Champion Andrew Whitworth will be honored with the Visionary Award at the Cedars-Sinai Board of Governors 50th Anniversary Celebration on Sunday, Aug. 7, at SoFi Stadium in Inglewood. More →