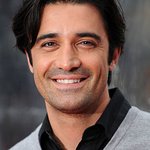 Dozens of stars from TV, sports, music and film will ante up and bet big to support talented young cancer researchers and change the future of cancer at Tower Cancer Research Foundation's (TCRF) 2nd Annual Ante Up for a Cancer Free Generation Poker Tournament and Casino Night on Saturday, June 6, 2015 at the Sofitel Hotel, Riviera 31, 8555 Beverly Blvd, Los Angeles, CA 90048.

Cancer Free Generation (CFG) is the young leadership division of TCRF. CFG seeks to identify, among their peers in the Southern California region, visionary and innovative doctors, medical professionals and researchers and enable them to discover and implement new ideas and techniques to conquer cancer. Additionally, CFG’s efforts support young people and their families who have been impacted by cancer, so that they may approach life with renewed strength and optimism. With this dual approach, CFG’s goal is to help ensure that the next generation becomes the first cancer free generation. CFG’s executive committee consists of young professionals working in a variety of fields including finance, law, real estate, entertainment, and medicine. Many members of CFG’s leadership are, themselves, young cancer survivors. Their common vision is the desire to build a more inspired community via connecting fascinating and passionate young people who make a difference in the world.

TCRF has been the Southern California cancer patient’s greatest ally since 1996. The foundation is known for its stellar reputation professionally vetting cancer research programs and maximizing the impact of donor-investors. TCRF, which is focused on Southern California, provides grants for clinical trials, innovative cancer research, caring patient support and community education. TCRF’s vanguard free patient support services include patient mentoring, cancer support groups, classes and workshops and support for caregivers. In line with its mission to advance cancer research on every level, TCRF supports forward-thinking and talented physician scientists with awards of annual grants to those doing cutting edge bench-to-bedside lab research.

Poker & Casino Prizes Include: A seat in the PokerStars Caribbean Adventure Main Event, January 2016 in the Bahamas, valued at $10,000; 5-Night Stay at the Trump Hotel Waikiki Hawaii, valued at $7500; 3-Night Stay and Spa Package for Two at the Hilton Los Cabos, valued at $2,000.